Be Inspired Jack’s story: Living life to the fullest

Be Inspired Barbara’s story: The healing power of giving back
Increase text size: A A A

KATHY M.
LIVING WITH CANCER SINCE 2013

A sore back was the first sign that something was wrong. Kathy wrote it off as the aches and pains of growing older—that is, until she became physically unable to walk and she asked her husband to take her to the chiropractor.

Kathy's chiropractor took one look at her X-ray and told her and her husband to go directly to the emergency room. After a few tests, Kathy met her future oncologist for the first time, who told her: "Kathy, you have stage IV breast cancer, but you're going to be okay and we're going to take good care of you."

The cancer had spread to Kathy's spine, which was causing her back pain. Kathy was admitted straight from the emergency room to the hospital, where she began radiation and chemotherapy.

My spine healed on its own, without major surgery. I'm amazed every day my body was able to do that.

Kathy stayed in the hospital for two weeks getting treatment. After that, she went to a rehabilitation center for five weeks where she had to learn how to walk again. During her rehabilitation, Kathy's spine specialist recommended a major operation. Her oncologist advised her to wait, recover and see what happened.

Over the next eight months at home, Kathy went from a wheelchair to a walker to nothing. Her spine healed on its own and her cancer stabilized. Today, she walks unassisted. She hasn't felt any discomfort in more than a year and a half. "I feel like a million bucks." 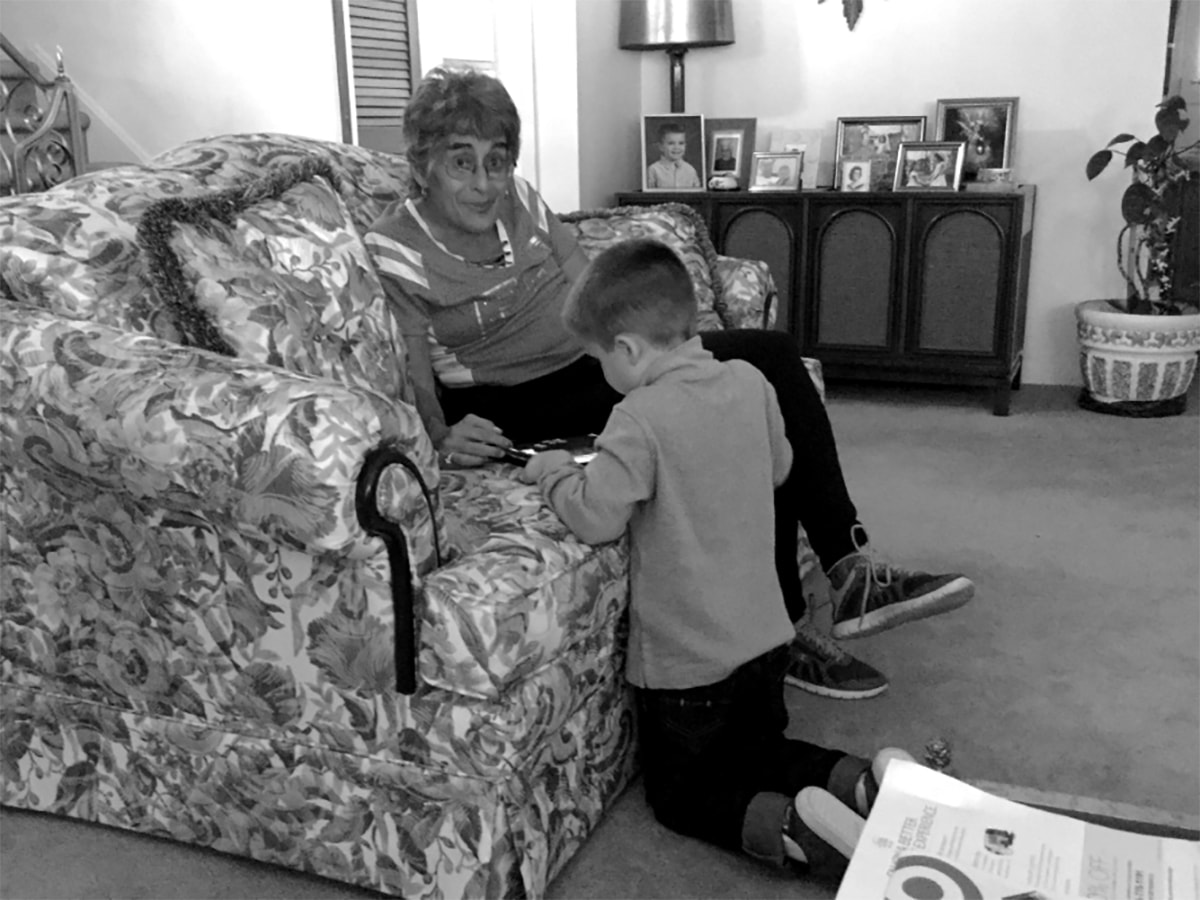 Kathy's nephew teaches her to play his favorite game. 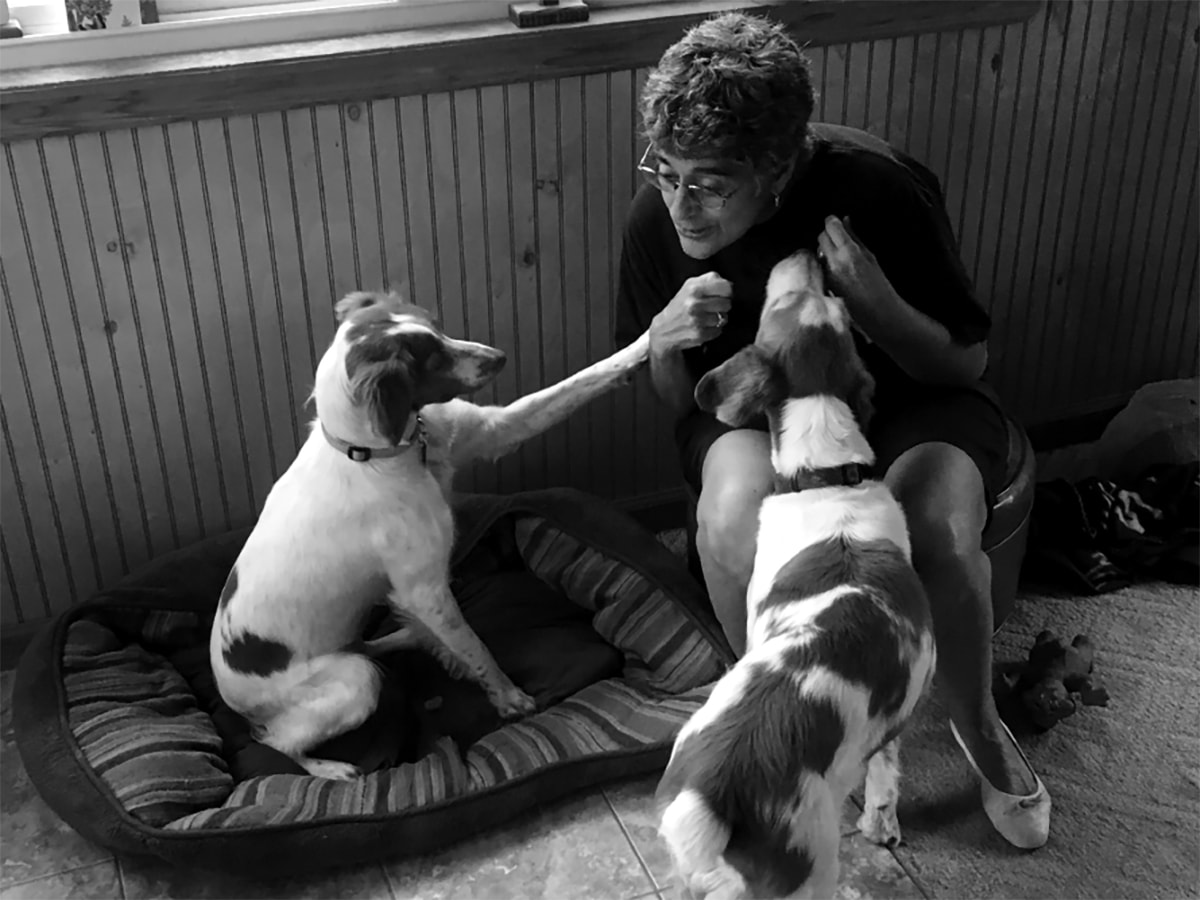 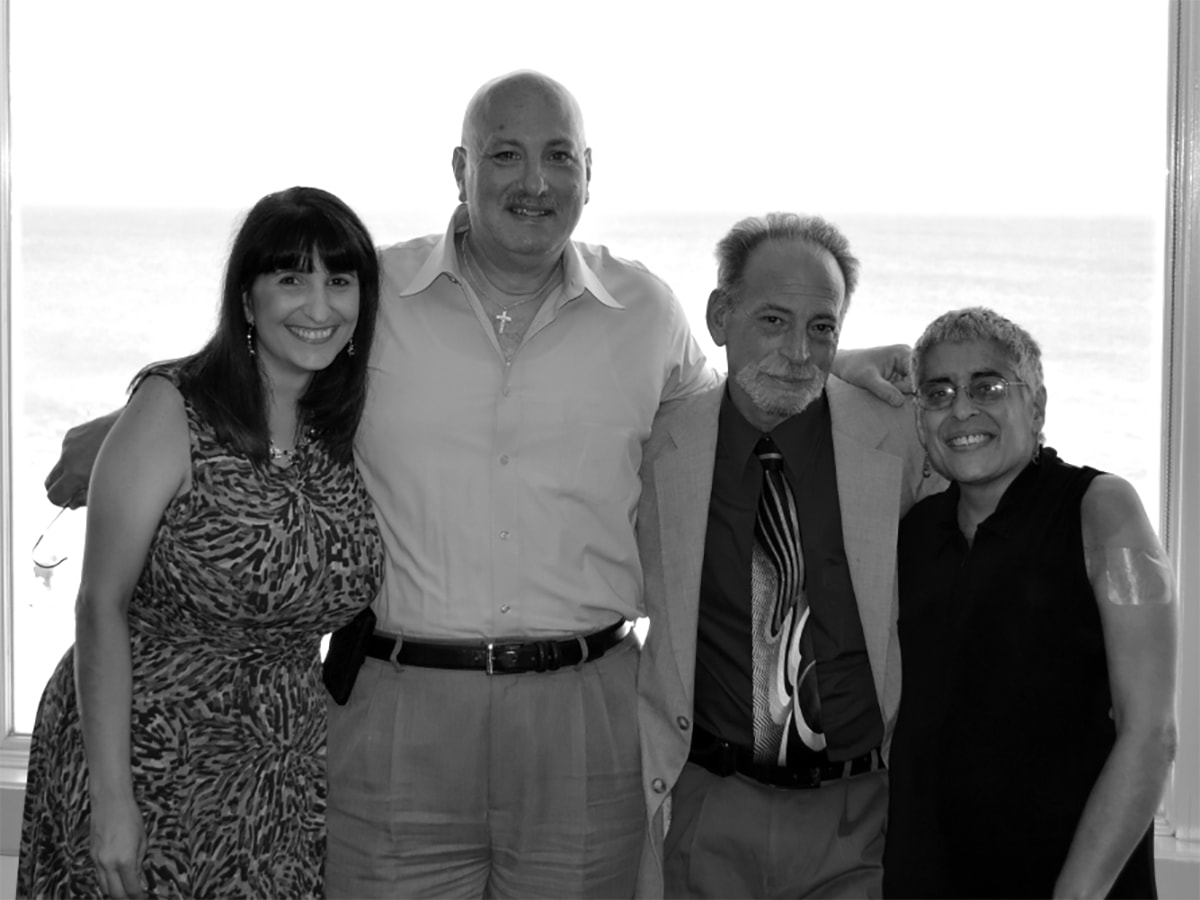 Kathy with her husband, Carmine, and her brother-in-law and sister-in-law.

Kathy and Carmine with friends at his birthday celebration. 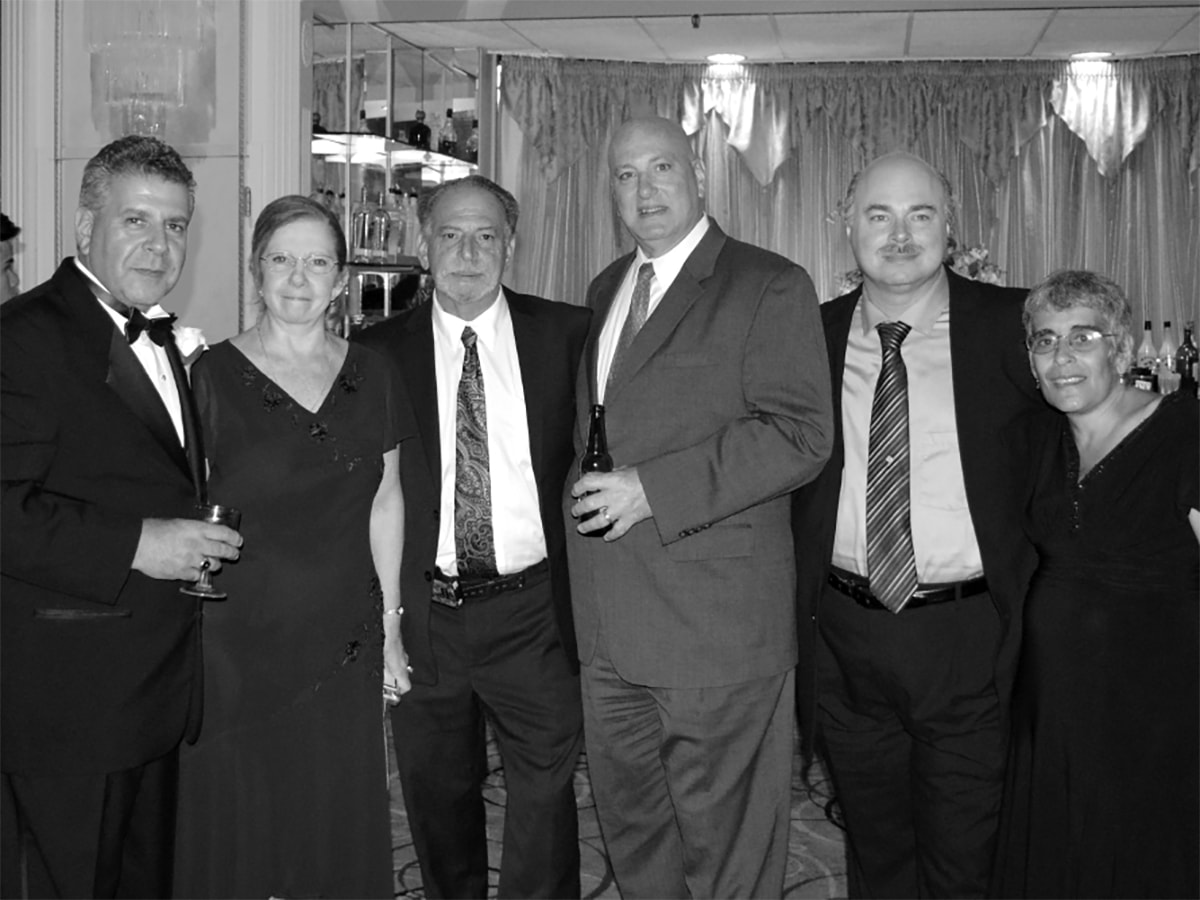 Kathy and Carmine with family at a wedding. 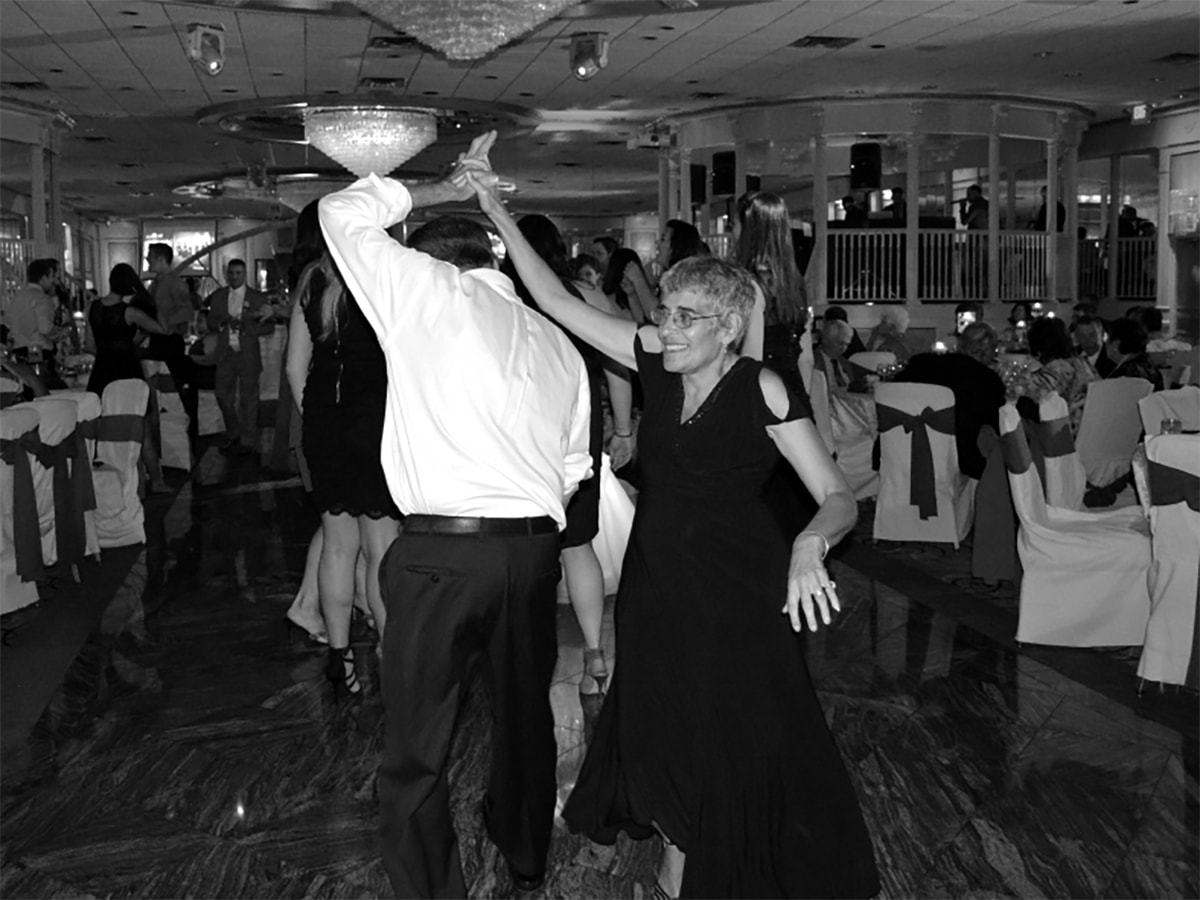 Kathy and Carmine dance at a wedding.

Kathy's doctor and her staff call her their "miracle patient." Many days, Kathy forgets she has stage IV cancer. But every day, she is thankful and pays it forward.

I really believe I'm still here because I'm meant to help and encourage people going through the same thing.

Today, friends and family of Kathy help connect her with other people with cancer who may be feeling overwhelmed by a diagnosis. Kathy's story is so well-known that locals instantly know to call her when someone needs a few words of encouragement. Kathy is able to reach out to complete strangers, giving them hope when they need it most. Kathy encourages people who are living with cancer to ask for help when they need it. She also stresses the importance of having a great doctor by your side. "If you don't love and trust your doctor, find another one."

Kathy feels grateful for the oncologist who walked into her room on that fateful day four years ago and gave her hope. She knows her doctor's caring and optimism made a difference and helped set the tone for Kathy's own bright outlook. She also credits her extended family and friends for their constant support and love throughout her recovery.

If you can encourage just one person, it's all worth it.

Be Inspired As We Age
Generosity, As We Age, Encouragement, Bladder, Blood, Breast, Colorectal, Kidney, Lung, Pancreatic, Prostate, Skin, Other

Be Inspired Jack’s story: Living life to the fullest

Be Inspired Barbara’s story: The healing power of giving back