[Robin's Husband] I don't think I ever expected, when I first got together with Robin, that I knew she was a cancer survivor because she had had cancer as a teenager.

I thought it was over. I thought that was history. It never occurred to me that she would be so vulnerable as an adult.

[Robin] It was very hard for him, and he's learned how to do it in his own way which to me is amazing because he can push me to a place where I can push myself.

This is my healing room. I spend most of my time in here, and my days doing my drawings and stuff in here ever since I had my breast cancer and I had a double mastectomy.

Whenever you get through stuff, that's what it is. You get past it and you move on and you move to a different place and you grow a little more.

[Robin's Husband] Things that used to be real easy, like oh, let's just go take a walk, and it's like we would walk for miles, now it's a lot more work.

We are definitely a team in that way. It's a team that we have our challenges, but we definitely collaborate and you know we've had to because Robin's had a lot of health issues.

[Robin] Our relationship has really solidified in a way I don't think it ever was.

[Director] I guess he does a lot to hold things down?

[Director] Who is he?

I don't know what happens in my next steps, I'm just going. It's all a process and that's the way I love.

ROBIN G.
LIVING WITH CANCER SINCE 1972

In 1972, Robin was diagnosed with Hodgkin lymphoma (then called Hodgkin's disease). She was just 12 years old. Her family told her she had a slight inflammation of her lymph nodes and after a successful round of radiation treatment, she was able to live a normal kid's life complete with school, friends and homework. It wasn't until she was taken to a cancer center the next year, following a relapse, that Robin was informed that she had cancer.

For a seemingly endless two and a half years, she underwent chemotherapy. Robin describes that time and the years following treatment as a period marked by unhappiness.

During that time, I kind of disappeared.

As a child with cancer in the 1970s, Robin had little in the way of services to support her and her family through diagnosis, years of treatment and life afterwards. Cancer was neither seen nor heard in those years, and Robin had few places to turn for help.

When her treatment was over, Robin was advised to go live her life. But she didn't know where to start. "It's hard enough to figure out who you want to be as a teenager—imagine doing that while having cancer!"

Cancer had dominated the last four years of her young life. The experience deeply affected her emotional well-being. She was miserable at school and did everything she could do to avoid attending. She made the usual bad decisions teenagers make, except in her case, her struggles were magnified by cancer.

Things seemed bleak. But a surprise trip to Europe set her on a new course.

I started wanting to live. I found my purpose, my sense of humor and a way to process what had happened to me. 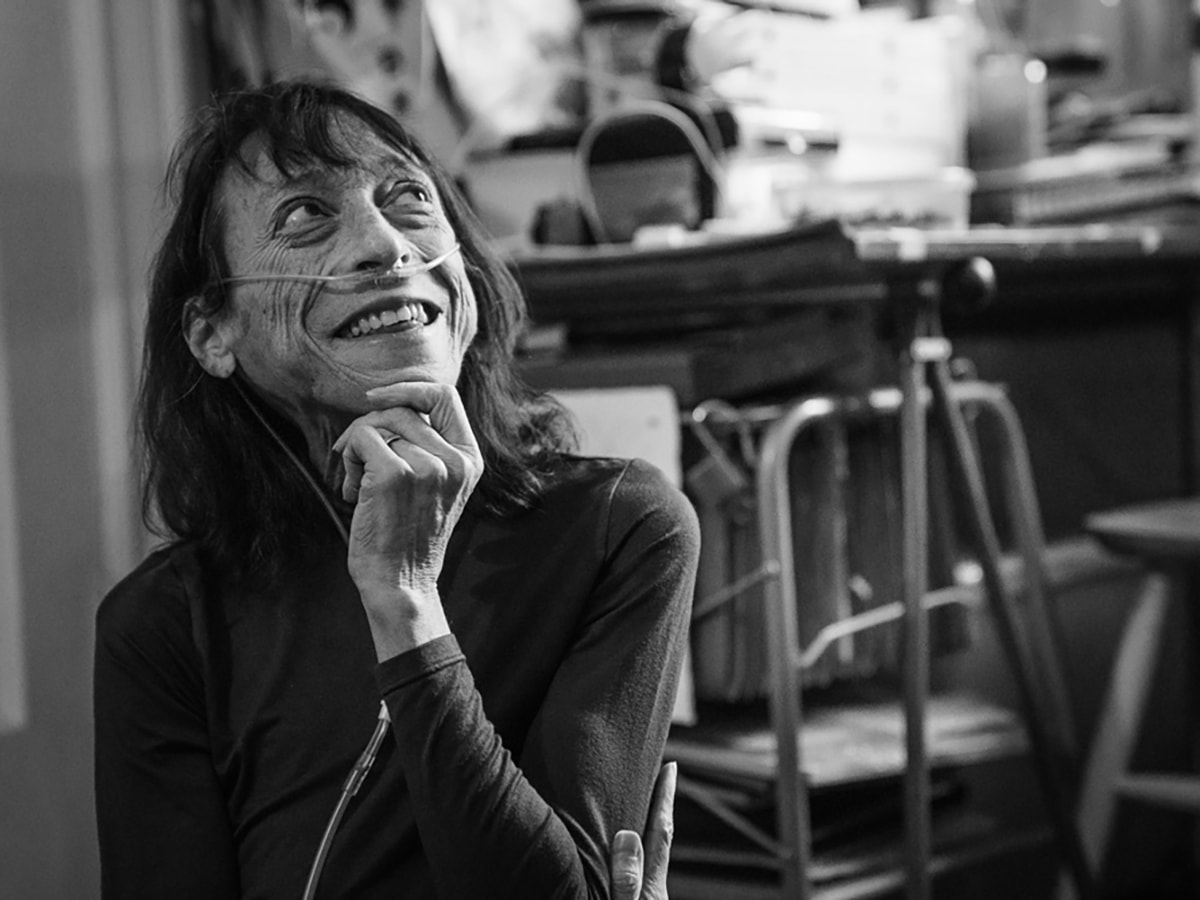 Robin in her home in New York City. 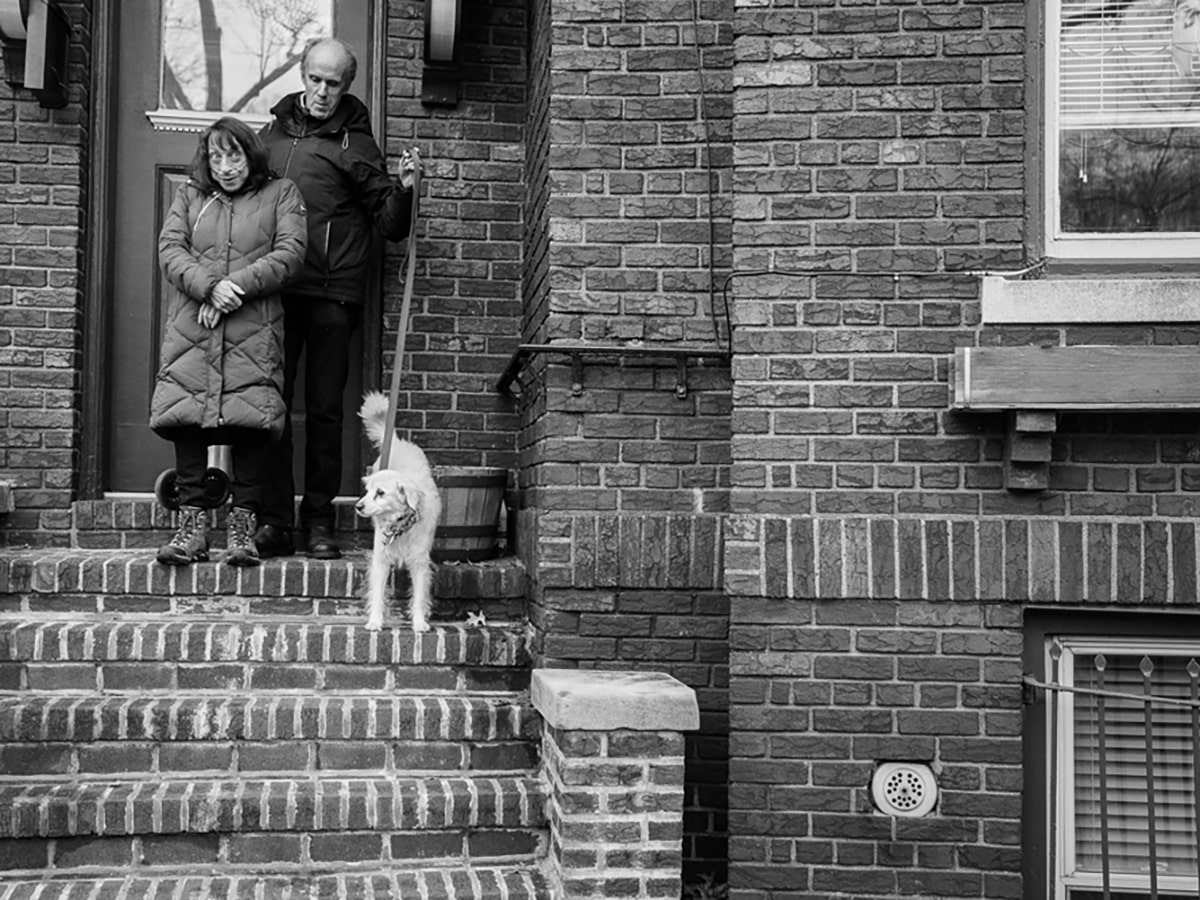 Robin and her husband, John, take a stroll with their dog, Blanca. 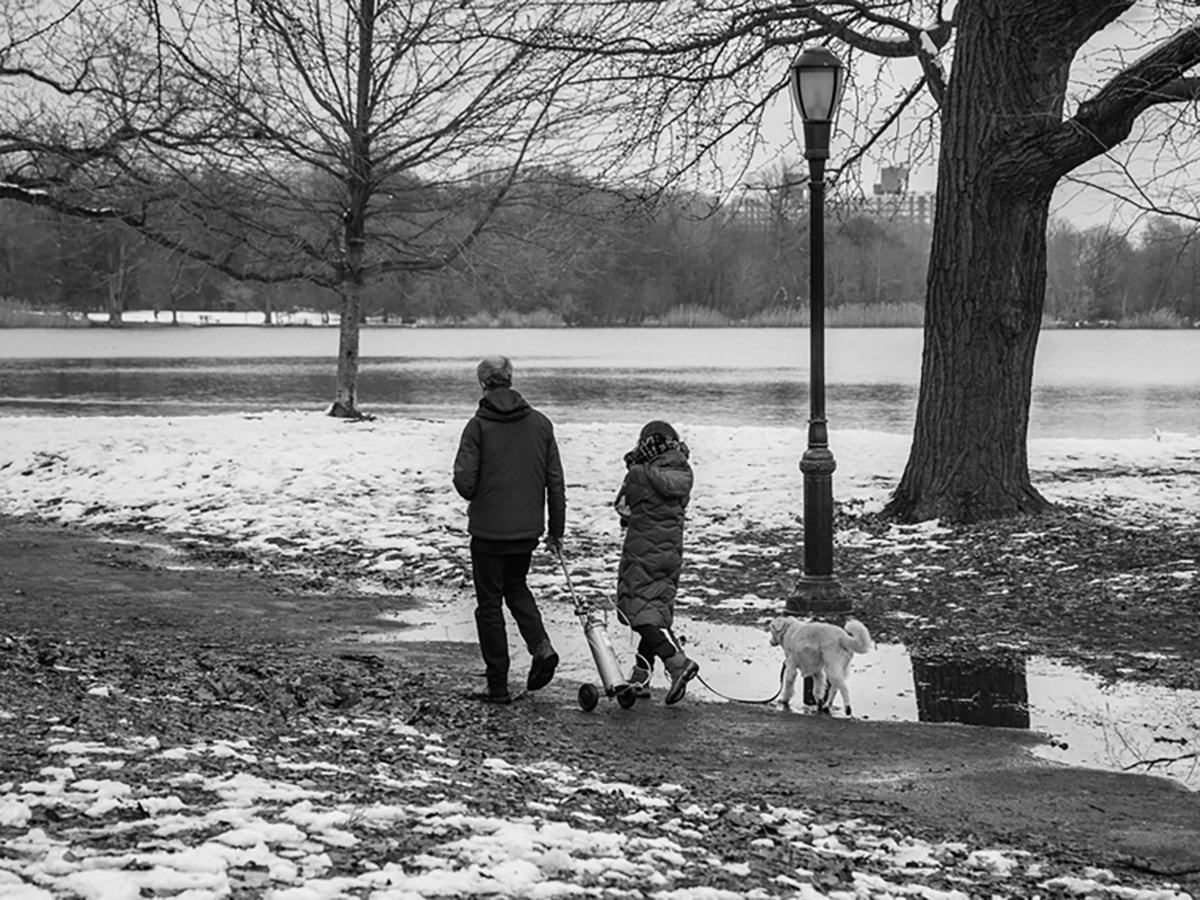 Robin and John take a moment to enjoy winter in Brooklyn's Prospect Park. 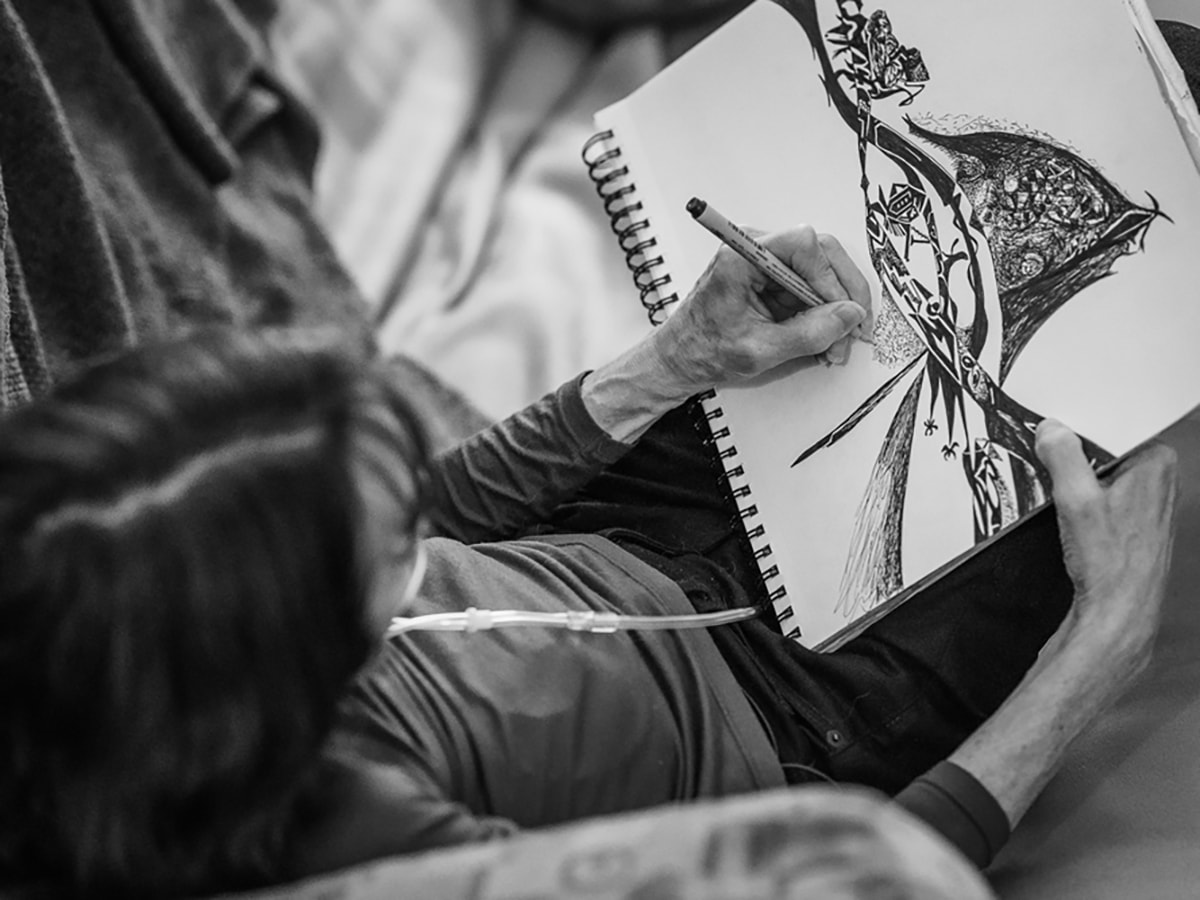 Robin sketches out an idea for a new drawing. 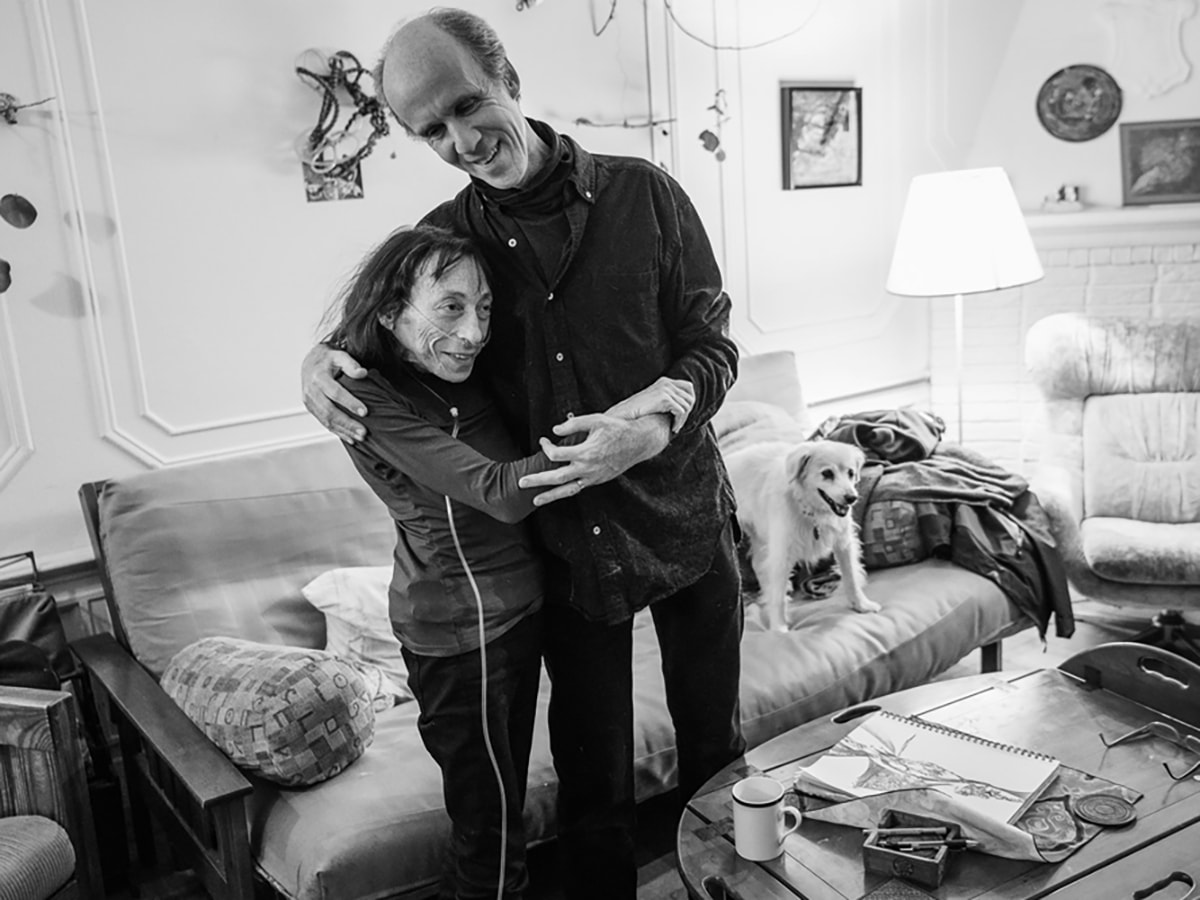 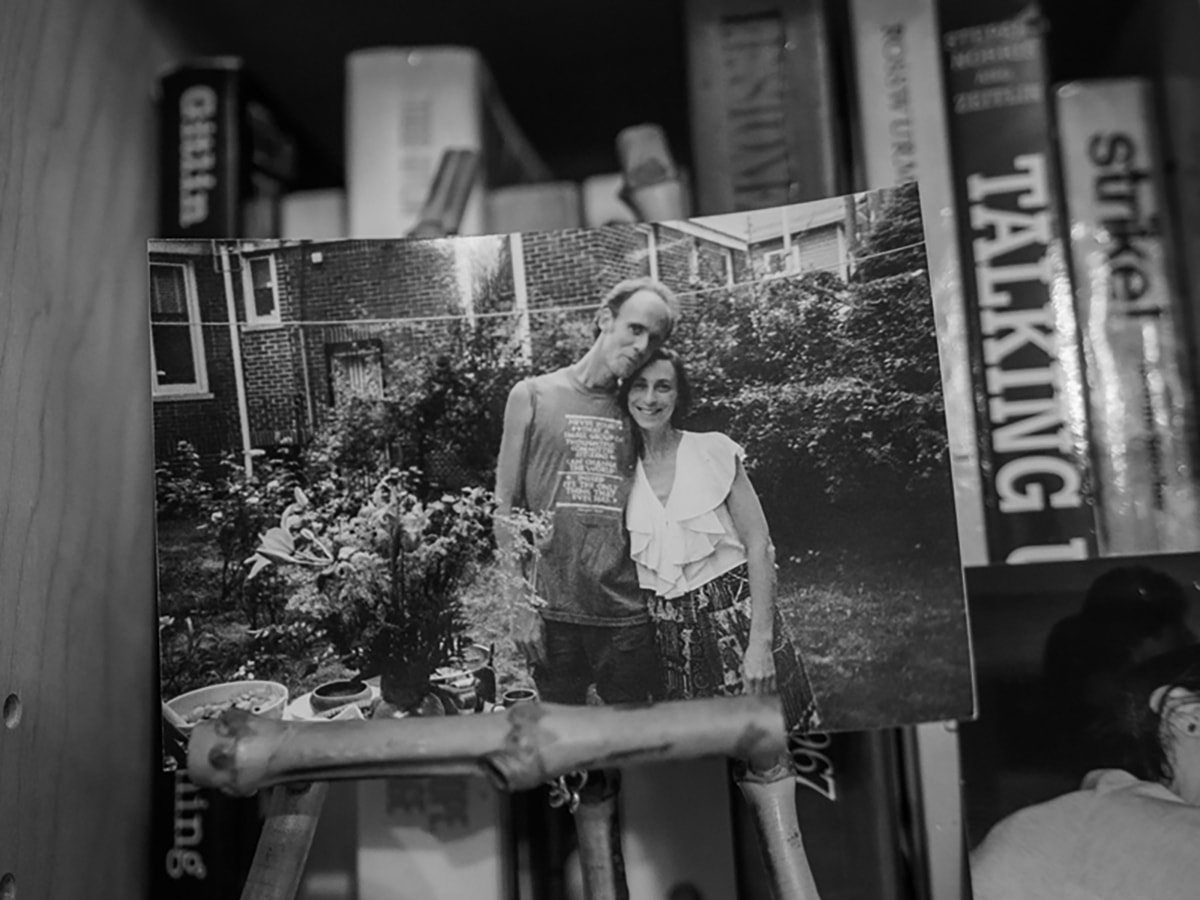 A photo of Robin and John from the early days of their relationship. 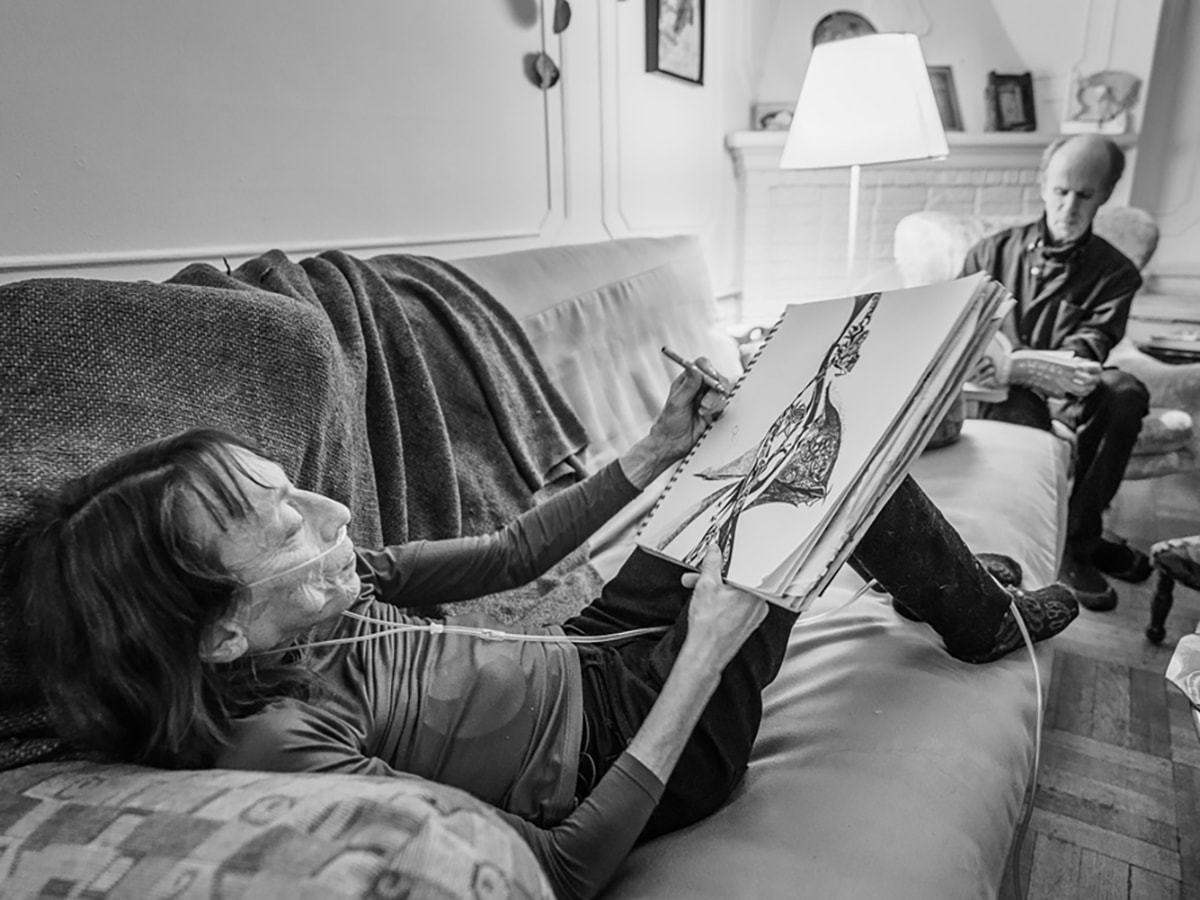 John sits with Robin while she works on a drawing. 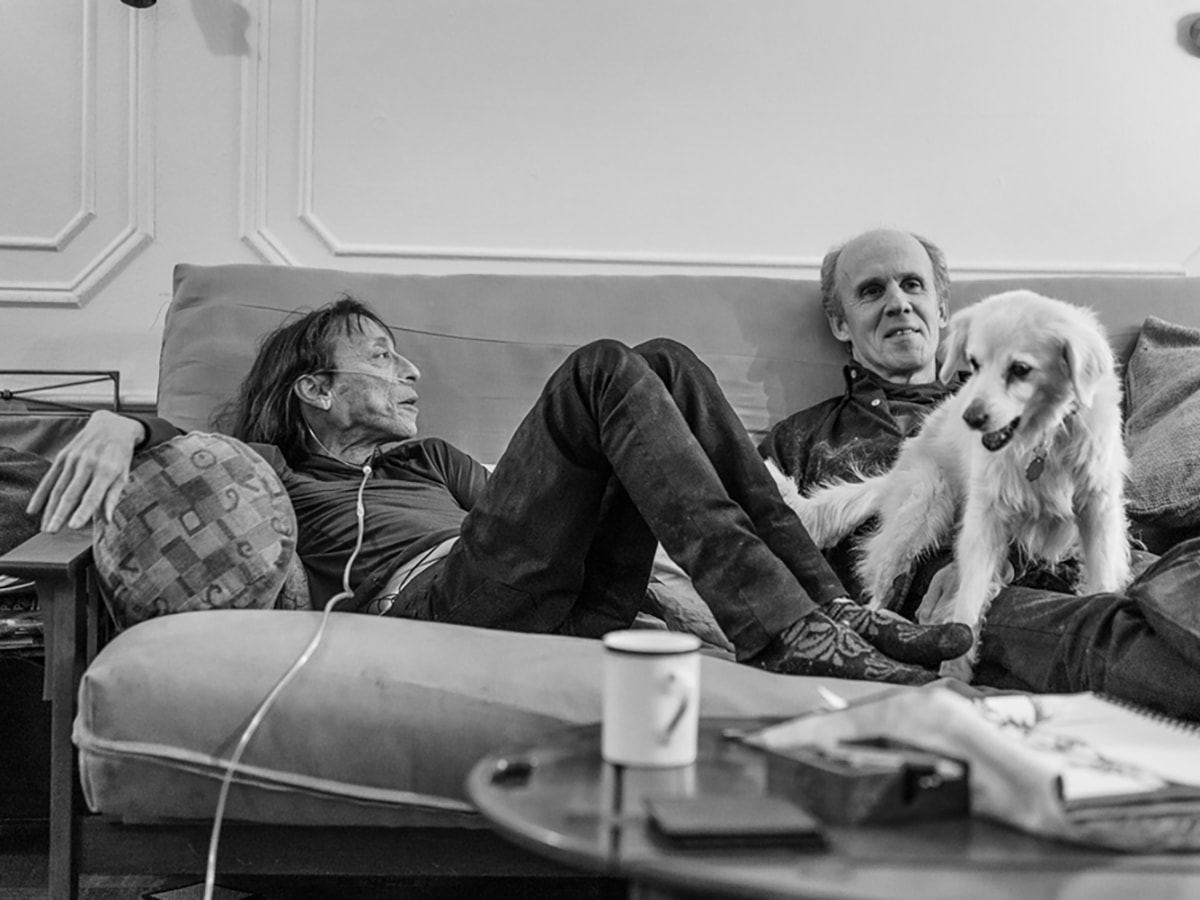 Robin and John lounge on the couch with their dog, Blanca. 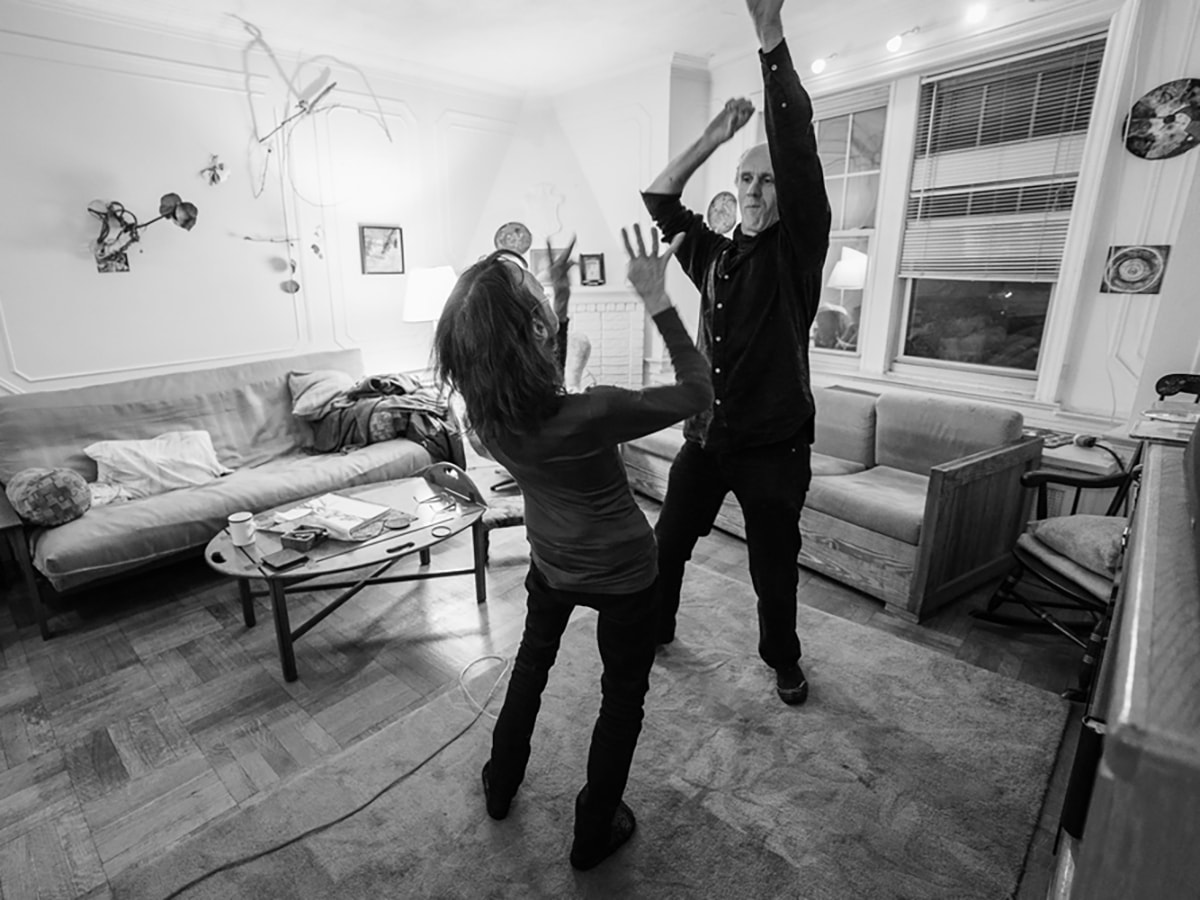 Robin and John put on music and dance in their living room. 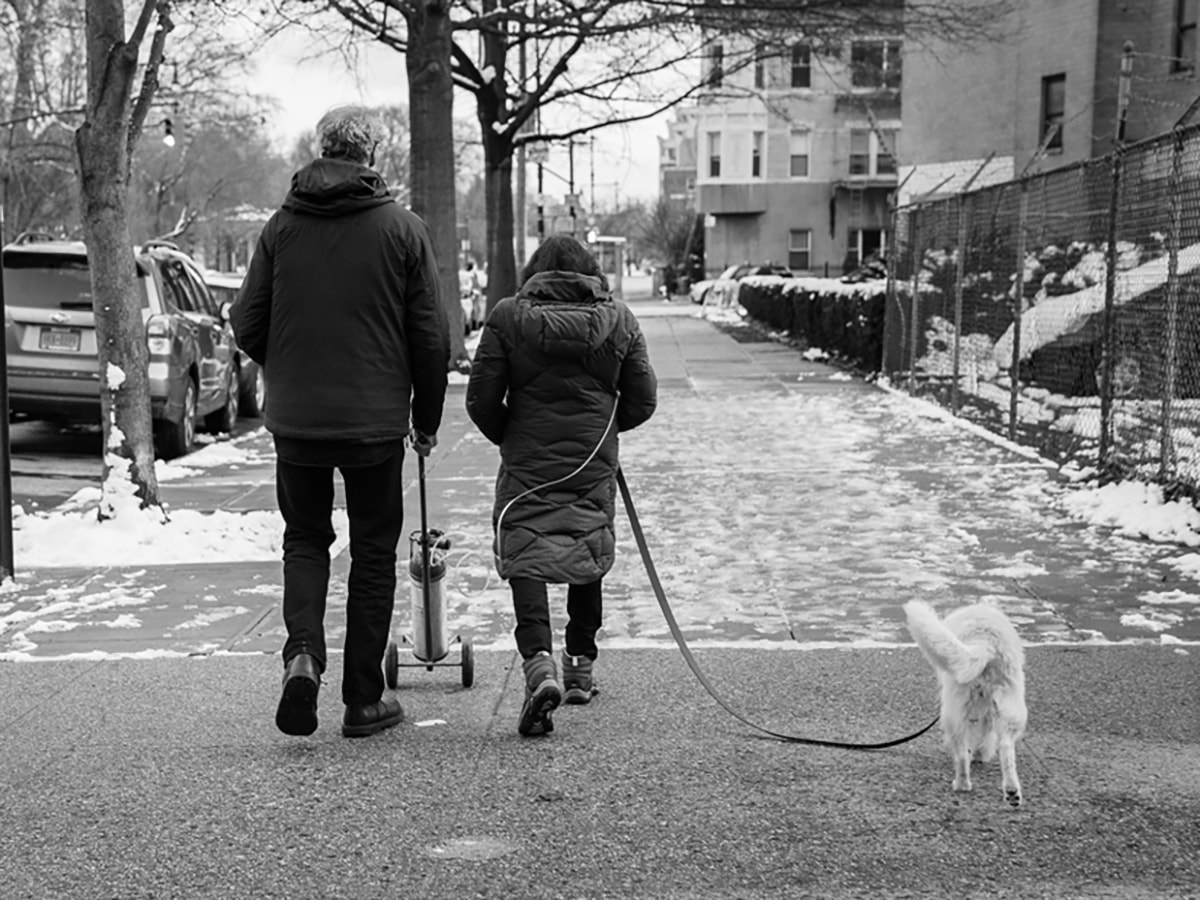 Robin and John take Blanca for a walk.

When Robin was 16, her parents sent her and her 19-year-old sister to Europe for what was supposed to be a three-week trip. It turned into a six-week life-changing adventure.

Robin regained her zest for living life during her time abroad. She allowed herself to let go and indulge in everything Europe had to offer. She got busy making up for the time she had lost to cancer and its aftermath. It was in Switzerland that Robin visited an art school and made the decision to return home and enroll in art school in Manhattan.

Upon her return to the United States, she graduated high school early and went on to pursue her passion for art in college and beyond. She worked through her past experiences using her writing and painting. Art has proven to be Robin's solace, giving her peace through her journey with cancer—a journey that continues to this day.

Like many survivors of childhood cancer, Robin has experienced lasting health challenges related to her treatment. In the 45 years since she was diagnosed, Robin has had heart and lung complications, breast cancer, basal cell carcinomas, fertility issues and, of course, the emotional challenges of having had cancer as a child.

Through it all, her art has been a constant. Robin makes art inspired by her illness, her travels and the world around her. She continues to create and exhibit her sculptures, drawings and tactile installations. Robin also feels nourished by the love and support of her husband, close family and friends, as well as a great team of doctors and a therapist from her cancer hospital.

Although cancer threw her off course at a young age, Robin pivoted and continues to live an inspired life, leaving her artistic mark on the world around her.

Be Inspired As We Age
Hope, As We Age, Encouragement, Skin