Be Inspired Robin's story: Healing through art
Be Inspired

VICTOR C.
LIVING WITH CANCER SINCE 2013

As Victor tears along the winding mountain roads of Utah on his motorcycle, every sense awakens. "You rise up to eight thousand feet. You're in pine trees. You have this wind on your face. Your senses are heightened." It's an experience that makes him feel more alive than ever. It's made only more special by the fact that he might never have lived to see it. So Victor not only rejoices on days like this one, but he also celebrates two "birthdays" every year—with good reason.

The journey up a different mountain.

Victor's journey with cancer started in 2012 when he began to experience persistent numbness in his face. His primary care doctor sent him to an ear, nose and throat specialist who became what he calls his "bird dog," or go-to authority. Victor's doctor helped shepherd Victor through a series of appointments, tests, blood work and scans. By January 2013, Victor had a diagnosis. He had both chronic lymphocytic leukemia (CLL) and small lymphocytic lymphoma (SLL).

After Victor underwent chemotherapy and radiation, his oncologist told him there were only two options going forward: get his life in order with three to six months left to live, or go through a challenging bone marrow transplant, which his doctor said has only a 12% survival rate and lots of potential complications. He didn't like either statistic. And he certainly didn't want to be thought of as one!

When I was given the choice: bone marrow or just going through my bucket list, I had no other choice. You know, I played the lottery that day and won.

Vic tells the story of the guys at work pooling their money whenever a nearby state lottery reached over $300 million. He never played. In fact, he teased his colleagues about the long odds. But one friend's attitude about luck struck him the day the oncologist told him the odds of success with a bone marrow transplant. "That guy from work used to say, ‘your odds are zero if you never play.' And that's what went through my mind."

As fortune had it, Victor's brother was an ideal match, and he immediately insisted they go ahead with the transplant. "There were 12 doctors and many physician assistants and nurses—it was quite an amazing team that they put together. In my case, it was very successful." 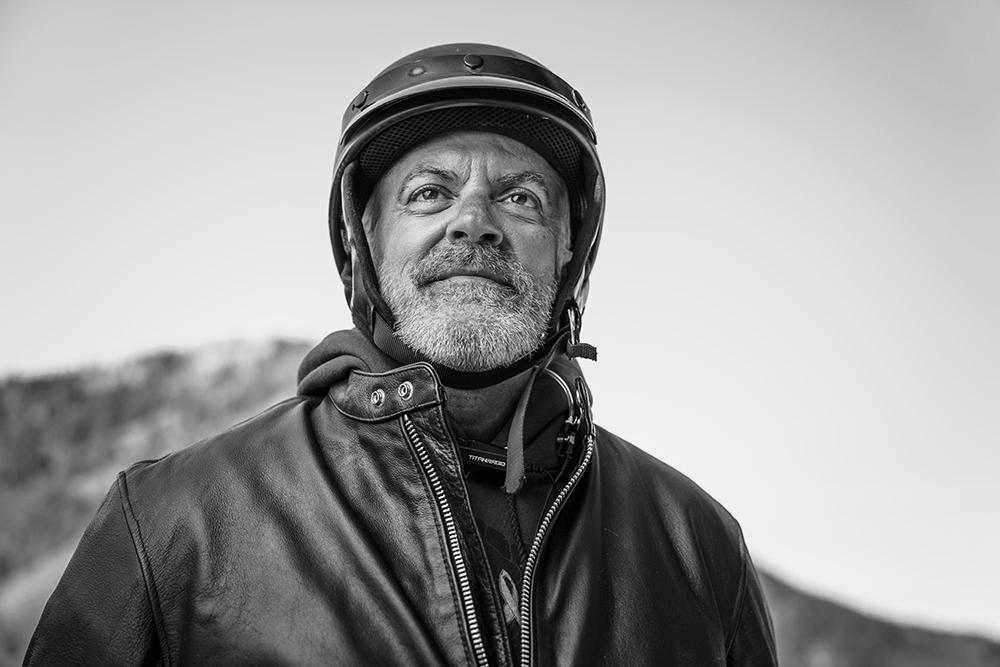 Victor after some "wind therapy." 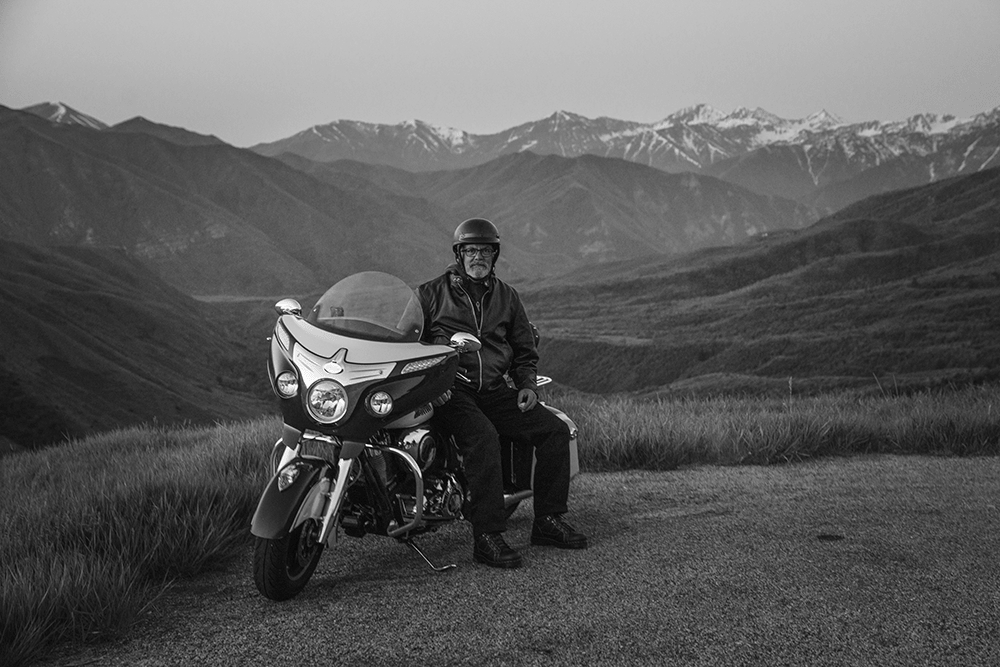 Victor in the Utah mountains near his home. 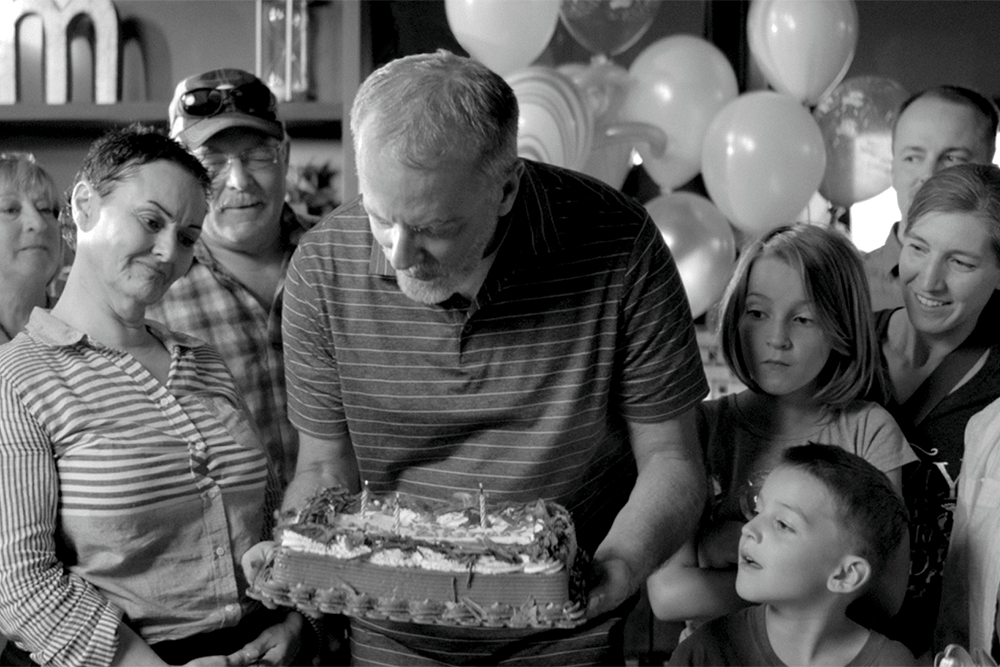 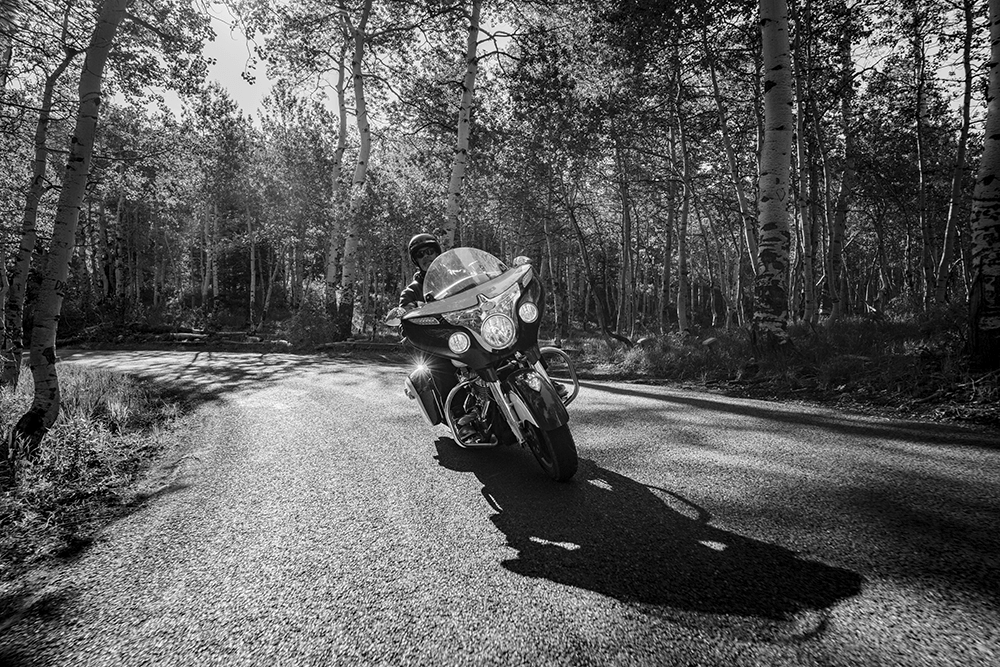 Victor rides his motorcycle near his Utah home. 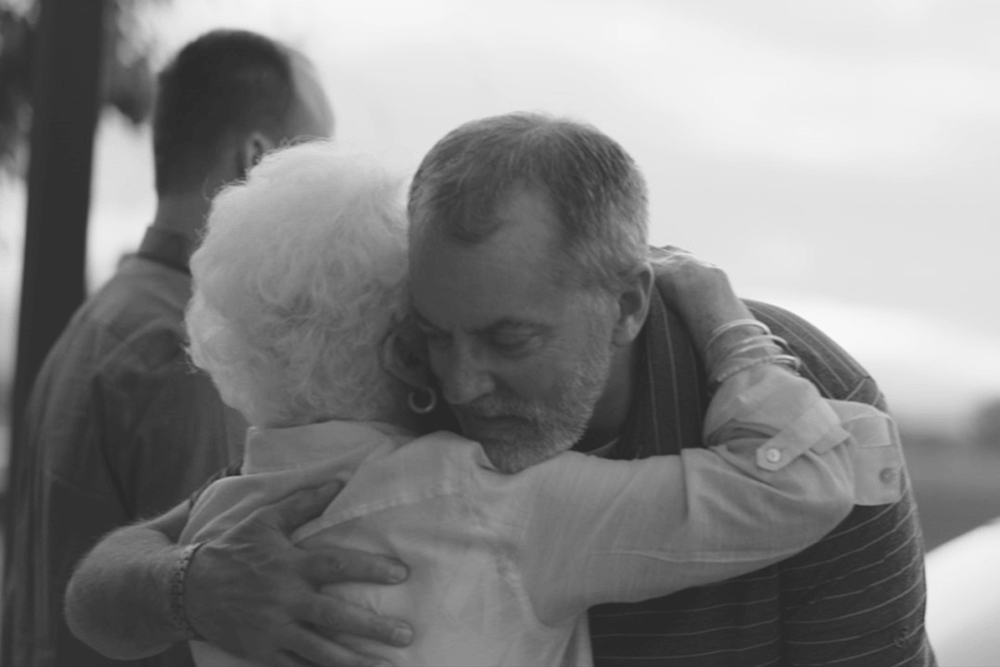 Victor hugs his mom at his third "new birthday" celebration. 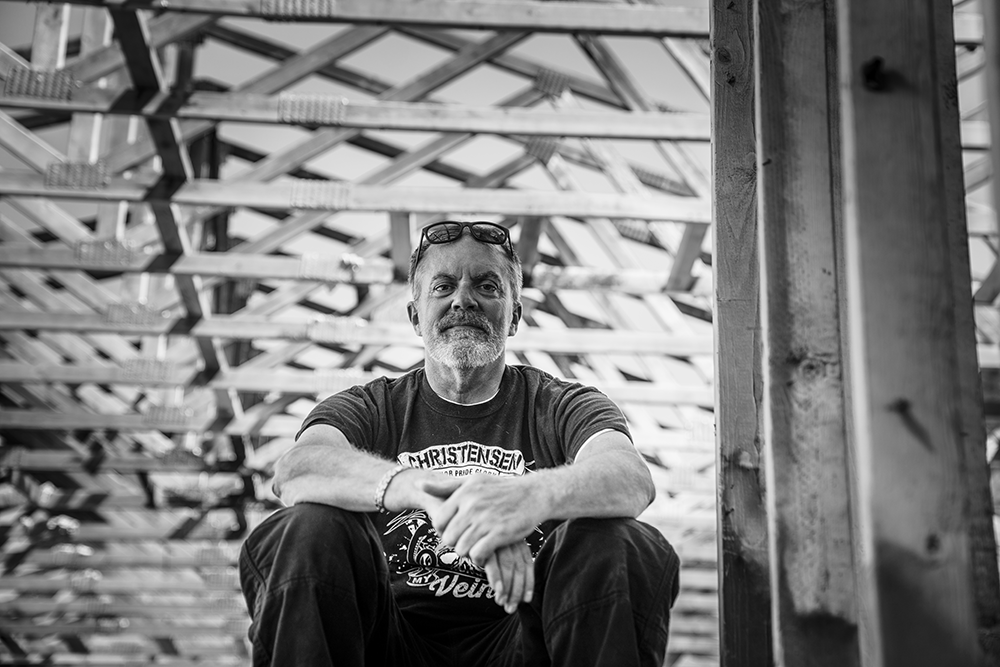 Victor visits the site of his new home.

Victor celebrates two birthdays every year—the date he was born and, with great gratitude to his brother and his entire healthcare team, the date of his transplant. He thinks of this second day as when he was given a new lease on life and a renewed love for the things and people around him. He likes to tell people, "I'm 58, going on three."

Victor's life since re-birth has not been without its challenges. Bone marrow transplants can lead to complications like extended hospitalizations and infections. And Victor has had his share.

Even when I had bad days and really ached, I always found something to be grateful for…even just waking up and seeing the sun shine.

During these times when Victor was in great pain, he realized, "If I'm here to feel this pain, it means I'm still here. And that alone is cause for celebration."

Victor encourages people living with cancer to figure out what brings them the most joy and invite that into their day as often as possible. "Not everybody should ride a motorcycle like I do, but what I would say is to find something positive. And something that makes you happy."

Being positive is a big deal. It sounds cliché, but look at the small things in life and enjoy them. I've got family. I've got a wife, kids and grandkids, and they bring me a lot of joy. And so I'll turn my thoughts to them to remind myself how blessed I am. I'm alive.

Be Inspired
Melissa and Leslie's story: The power of food 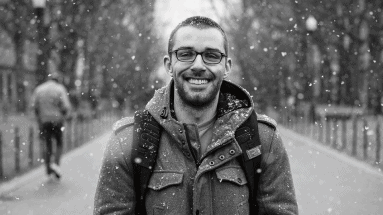 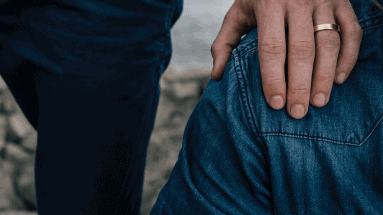